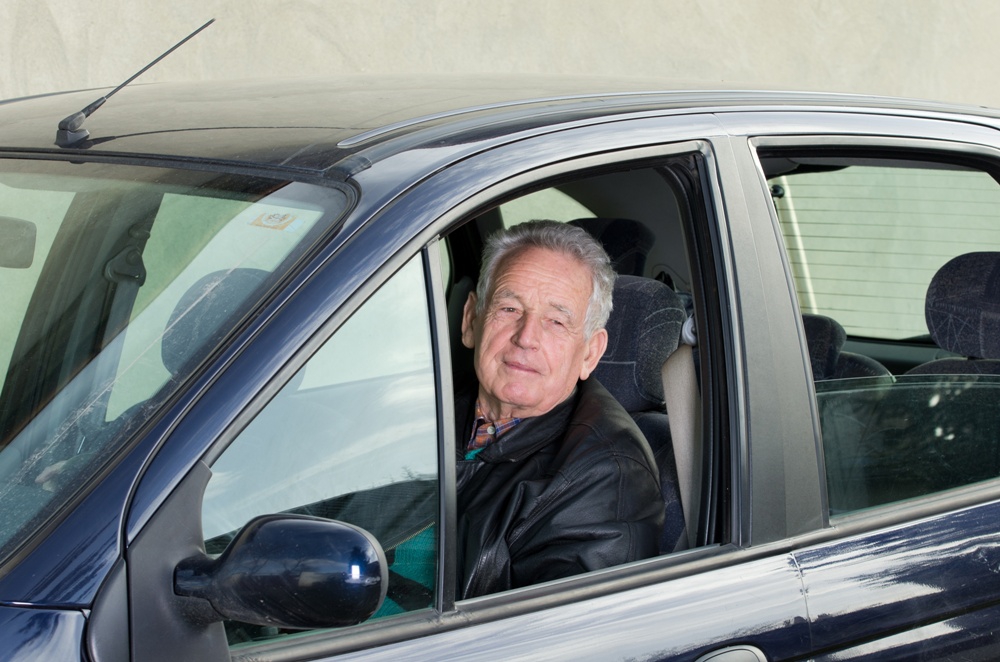 Jim Sparks turned into the overburdened parking lot of the local grocery to pick up a few essentials for his wife. Thousands of times he had done this over the years, but age had robbed him of his ability to maneuver, even with his vast experience. He crept down the long line of parked cars looking for an open space. To give up driving would be to lose his independence. He had always been a hardworking, freedom-loving man. Up ahead, he saw his chance to park. He swung out wide so he could get a straighter shot into the space, slowed to a creep but missed by two feet on the left side, so he stopped and backed up. Again, he eased toward his goal.

Jim jumped at the sudden blast from a horn to his right. He turned his entire torso in his seat to see what the horn was about, his neck having long lost its flexibility. There in a sporty little car sat a very pretty young girl shaking her fist. He thought he must know her, so he waved back, causing her to lay on the horn longer. Finally, Jim's car settled into its spot. He sat staring out across the hood, his dementia causing him to pause.

The girl in the car looked very familiar. He was sure she was Yugoslavian.

He waited at the controls of his C-47, contemplating the long line of torches that lit the high mountain meadow where he had landed. There was a lot of commotion back in the cargo hold as his crew stripped all non-essential equipment to lighten the overloaded troop carrier.  It had been at his orders to board all of the women and children who gathered for evacuation that night.  Not one would be left behind.  To clear the mountains they needed to lighten the load.  He stared out at the flashes coming from the distant trees, then heard the ping of metal ripping into the fuselage. The crew chief shouted the all clear as he gunned the engines to full throttle, sitting on the brakes.

The instant that he released them, the craft bounced across the rough meadow while the Germans assailed with heavy fire. Warm fluid splattered his face, from the direction of his co-pilot. His right calf felt a sudden burn. Screams from the rear of the craft pierced the sound of the straining engines. The torches shrank to blotches as they climbed the sheer silhouette of a Yugoslavian mountain.  The landing gear scraped gravel as he cleared the mountain top, then dropped down the other side. Enemy fire could no longer reach them. The wailing in the back settled into silence.  As Jim gripped the steering wheel, a tear glistened on his cheek.

A loud tap on his window landed him back in the grocery store parking lot. He looked out at the Yugoslavian beauty. She stooped beside his window in a rage.

"You stupid old goat! You ought to be in a home. Give it up, old man!"

She stormed off, satisfied to have put a useless old man in his place.

Makes me sad but also encourages me to be more understanding of others and willing to give people the benefit of the doubt. Well written as always.