Moses
Friday, May 6, 2022 by Braveknight Publisher 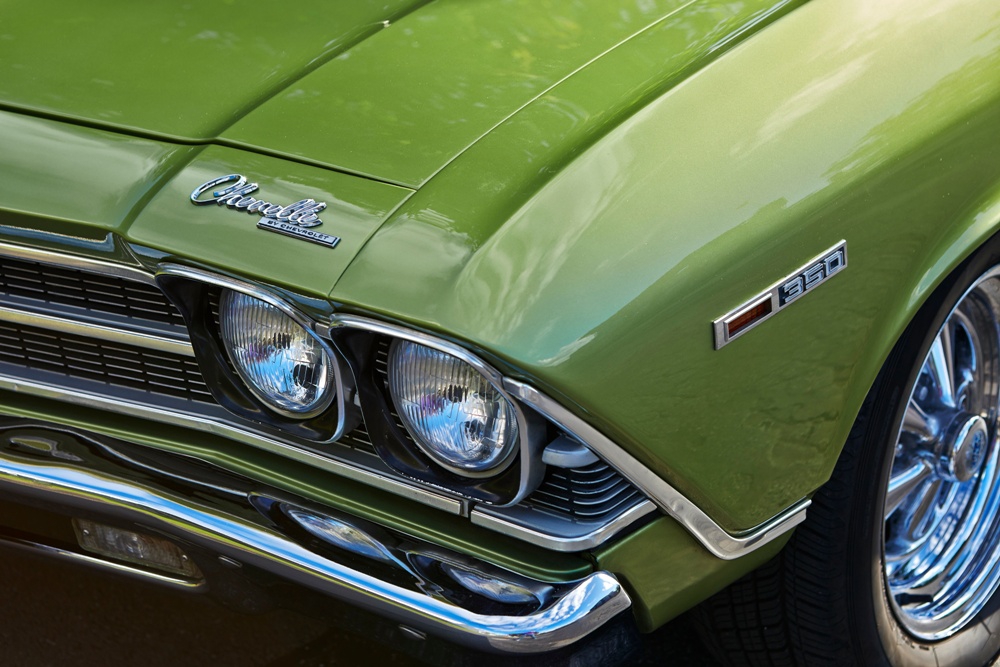 It was the first new car I'd ever bought, a 1977 Chevelle loaded with every available option. My heart beat a little faster, just thinking of my sweet ride. I checked the rear-view mirror often, trying to catch the stares of jealous onlookers. It was a dream driving to D.C. that summer. We stayed in Georgetown, sampling several fancy restaurants. My wife and two young children glowed with the entire experience. Self-confident and brash, I spoke to strangers as if they were in place as props for my pleasure. Catching my own blue eyes and sunburnt nose in the mirror, for the first time in my life, I felt rich.

Zipping down the crowded interstate toward home I exceeded the speed limit without regard to consequence, knowing that I had the cash to pay any fines incurred. The countryside slid by as I played with the stereo, daydreaming about how cool I had made the trip. In the fast lane, somewhere above seventy miles per hour, my reverie ended with a sudden power loss, as if someone had turned off the key without warning. Horns blaring and brakes screeching all around, only momentum allowed us to cross traffic to the berm. "Gaithersburg, Exit 2 miles" read the sign in front of me. Glancing at the wide eyes of my family I suddenly felt vulnerable, exposed. It was Sunday afternoon in a time when churches were the only open venue.

Traffic whipped by, tires singing a taunting song unaffected by my troubles. The children would struggle to walk the two miles to the exit and what then? Portraying false bravado, I pulled the release on the hood then jumped out as cars whizzed by inches from me. With no tools or mechanical knowledge, I performed what I thought to be a convincing look-see under the hood. Appearance was crucial; I looked to be in control. Unscrewing the wing nut on top of the air cleaner, I lifted the lid. It was something I had seen done somewhere.

My concentration was interrupted by a rumbling sound emerging from behind the Chevelle. I peeked around the hood, spotting a five-tone relic with a Cadillac emblem. The ride tilted considerably toward the driver's side as it rolled to a stop behind us. One front fender was black, the other red, and the hood lime green. The sober face of a black man, head shaved and neck tattooed. My blood ran cold as I pictured my wife and children falling mercy to this escaped convict as my pummeled body lay bleeding on the roadside. How could things have turned so quickly? Why had God let this happen?

Adrenaline surging, I watched as a giant emerged from the Cadillac, three hundred pounds of brute muscle with my fate in his powerful hands. There was nothing I could do to save us. I was frozen in place. Slowly, deliberately, he approached me, his eyes hidden behind a pair of shades, his face of chiseled stone. Ripped sleeves exposed tattooed arms as large as my waist. My heart pounded faster the closer he got, fearing my impending death.

"Looks like ya gots some troubles." His baritone rumbled.

"Ah, yeah, but I got everything under control." I squeaked.

Removing his sunglasses he raised an eyebrow. His right cheek revealed a small dimple.

"Sure you do, Man, I never thought no different. Now what'd it do?"

"It shut off... like a switch. It didn't sputter or anything. Some friends will be coming by soon. Umm… you probably have things to do. We'll be alright."

"Yeah..." Sweat soaked my shirt. I was suddenly parched.

"Electronic ignition, new stuff acts like that. It's all in yo' distributor."

Swallowing just enough saliva to wet my vocal cords, I whispered, "Yeah, that's what I thought."

"Then why you takin' off the air cleaner cover?"

Speechless, I stared at the air cleaner cover in my hand.  I’d been had, there was no use making up any more crap.

"First thing I suggest is to get yo' wife and children off dis highway. It ain't no place fo' dem to be. There's a hotel at the next exit. I'd be glad to take 'em unlessen yo' wants to wait fo' dem friends o' yours."

"Friends? Oh, uh yeah, well there's no telling when they might come by."

"Sure, you're right. I'm going with you." My voice shook, giving away my fear.

"Of course you are." Shaking his head he politely invited my family to get into his Cadillac, assuring my wife that he knew of a motel at the next exit.

The Cadillac fired up and slid into traffic. The barely muffled exhaust combined with open windows made conversation impossible. From the front passenger's side I turned to look over my shoulder. The three figures looked helplessly small huddled together on the huge backseat. With each maneuver they slid on the seat, holding each other tightly. We all managed a tight smile. Two miles later we rolled to a stop in a cloud of exhaust in front of an elegant southern-style hotel. Ignition off, we were deafened by silence.

Hustling my family into the hotel I practically ran to the front desk with my entourage in hot pursuit. Checked in, my family headed straight to the room while I sprinted out to the waiting Cadillac. A voice inside me told me that coming back out to this stranger's vehicle was foolish. Three closed auto parts stores later I was safely returned to the hotel.

"Yeah, it stinks. I guess I'm stuck here until tomorrow."

"That's one way to look at it. Me, I like thinkin' people is home enjoyin' their families instead of workin'. I'll be back ta fetch ya, eight sharp. We'll fix it in the mornin real quick."

"Serious as a heart attack. See ya in da mornin."

At eight fifteen in the morning, I sat dejectedly on a porch swing at the hotel entrance, watching a maid cleaning the door windows. How did I get into this mess? My beautiful car was probably now in a million pieces in some dark garage, waiting to be sold as parts. At eight thirty, I was considering a call to my Dad to come bail us out, and a call to the insurance agent to tell him that my car had been stolen. The hotel would probably let me use their desk phone. As I heaved myself off the swing, a five-toned Cadillac bomb labored up the drive, blue smoke trailing. As it slowed to a stop, I warily walked to the side door. “Ran out of gas.” Was all he said. I stared at him.

I tentatively opened the passenger door and plopped down. We turned out of the drive, not the same direction as yesterday. My heart rate accelerated along with the motor. No one but this big black man knew where my wife and kids were. For a couple of miles, I dreamt of ways to escape. ing from a moving car What if he has a gun? My thoughts lightened as the car swung into an empty parking lot. A rusty sign proclaimed “Dan’s Auto Parts Store”.

Within two hours, my liberator stood at the open hood of my Chevelle, repair made. He commanded me to give it a try. Poised in the driver's seat, I turned the key. It fired to life! The engine purred. Leaving it running, I jumped out, and sprang toward him, offering my thanks. He stood impassively wiping his hands with a grimy rag.

"Let me give you a twenty."

"It don't work that way. You want to pay somethin’? Think 'bout this day the rest of yo' life. Help others, even da ones dat might think ill of ya. Dat's God's way."

"They call me Moses."

"Some days ya will. Remember, if money can fix it, it ain’t a real problem. Take care of your distributor.”

Intriguing. A lesson to last a lifetime from a man, who called himself Moses. You had me on the edge of my seat. Then, at the end, Moses had my heart. God works in mysterious ways. Thanks for sharing.