Instead, by Grace: from dark to light
Sunday, May 29, 2022 by Brave Knight Writers 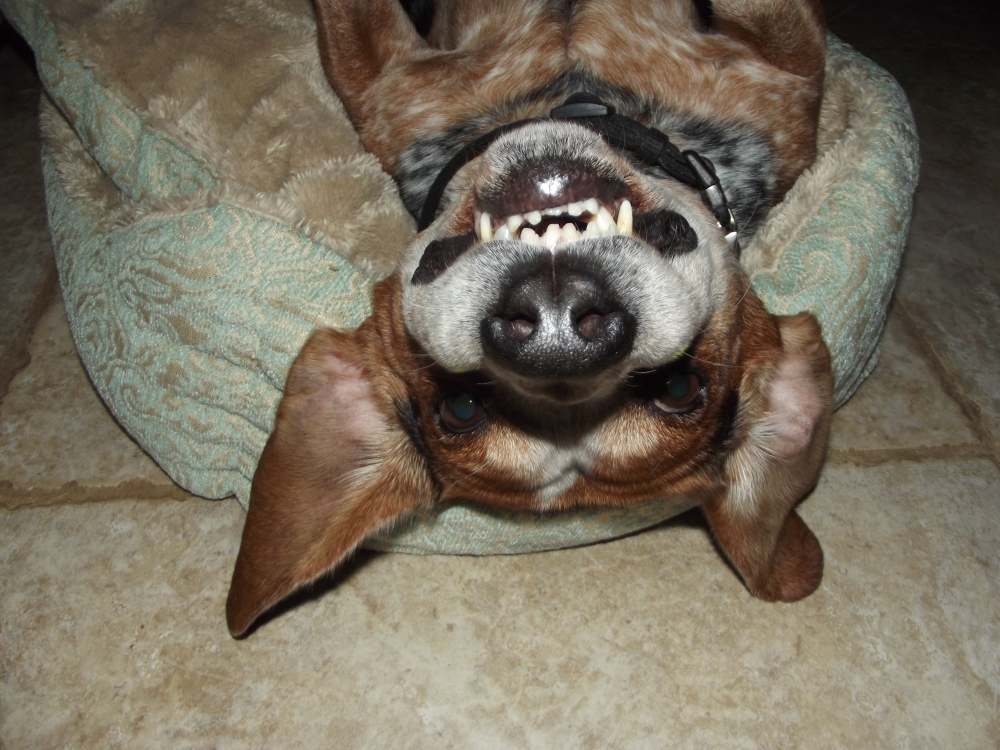 So, as you read our true story, Instead by Grace: from dark to light, pay attention to my introduction of a very special character during the break-in scene, our watchdog.

He’s very good at yelling at rabbits in the light of day, even chases a coyote at one point. I write the coyote chase off as an impulse, half-way into it he did a sanity check and stopped dead in his tracks. But during the break-in scene as his master tries to prevent a middle of the night intrusion, does he offer backup? Where is he? He’s in his easy chair, doesn’t hear or smell a thing. He sleeps through the police interviews, never leaves the bedroom.

Our guard dog, a watchdog, my faithful companion of fifteen years, claims he didn’t hear or smell a thing as the sun comes up. Now he wants his breakfast but stops when he sees the broken glass covering the floor and gives me one of his, what’s all this? Looks. “Better clean this stuff up before I cut my paws.”

We’ve also noticed, when he has a potty call in the middle of the night, he gives us a very muffled bark. It’s as if he doesn’t want to bring any unnecessary attention to himself from whatever might linger in the dark. Okay, when the two German Shepherds attack us, he barks at them, before I whisk him up and climb the swing set.

He’s my therapy dog. He offers comfort from the world of humans gone mad. Good boy!

Love your "puppy." Nothing pretentious about him. He loves yelling at rabbits but he loves you more.